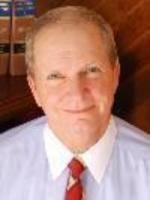 MEDIATION SERVICES: Kemp Logan has served as Florida Supreme Court certified Circuit Civil mediator in Southwest Florida since 1991. Mr. Logan also serves as a Federal District Court mediator for the Middle District, and is on the American Arbitration Association Panel of Mediators and Arbitrators. Mr. Logan provides mediation services in all areas of civil law, excluding domestic relations, including personal injury, contract, partnership, insurance, construction, real estate, business and probate disputes. Mr. Logan’s billing rate for mediation is $250.00 per hour for two parties, and $300.00 per hour for three parties or more, to be shared equally between or among the parties.

CONTACT/SCHEDULING INFORMATION: Scheduling is available by e-mail at loganlaw@earthlink.net, or by phone at (239) 470-7190. All inquiries will receive a prompt response by Mr. Logan personally.

1. Phone or e-mail for available dates.
2. Please understand that dates provided may have been given out to others.
3. If needed, you may HOLD one or two dates for a reasonable time.
4. Advise the anticipated length of mediation (full or half day).
5. BOOK a date by phone or e-mail from the dates provided or held.

Once a date has been booked:

1. Provide by e-mail a case style with certificate of service.
2. Please indicate parties’ respective counsel representation.
3. Advise the desired location and start time.
4. If facilities are to be provided by Mr. Logan, indicate the number of mediation rooms needed.
5. Mr. Logan will then serve a Mediation Confirmation Notice by regular mail or e-mail.

ARBITRATION SERVICES: Mr. Logan has been certified as Circuit Court Arbitrator, Twentieth Judicial Circuit, since 2003. He has served as panel arbitrator for the American Arbitration Association since 1990, and conducts private arbitrations upon request of counsel or by court order. His fees for private arbitration services are $250.00 per hour, including time spent on pre-hearing review and award preparation.

BACKGROUND: Kemp Logan was born in Iowa City, Iowa on February 8, 1945. He was raised in Lakeland, Florida, graduating from Lakeland Senior High School in 1962 as Co-Salutatorian, lettering in both football and track. After attending one year at Davidson College, he transferred to the University of Florida in 1963, where he was a brother in Alpha Tau Omega Fraternity, and a member of Phi Beta Kappa. Mr. Logan earned his officer's commission and naval aviation wings, with designation as Naval Flight Officer at Pensacola, Florida in 1966. After four years active duty in the Navy in the A-6 Intruder aircraft, Mr. Logan returned to the University of Florida, receiving his Bachelor of Arts Degree with high honors in 1971.

EXPERIENCE: Upon graduation from law school, Mr. Logan began his law practice as an associate with the Fort Myers law firm of Henderson, Franklin, Starnes & Holt, P.A. He was admitted to the Florida Bar in May 1974, and attained partnership status with Henderson / Franklin in 1978. During his seven years of practice with Henderson/Franklin, Mr. Logan received extensive experience in personal injury and general commercial litigation as sole trial counsel. During this time, Mr. Logan served as President of the Lee County Legal Aid Society, as a director of the University of Florida Law Center Association, and as a member of the Board of Governors of the Young Lawyer's Section of the Florida Bar. In 1981, Mr. Logan left the active practice of law to pursue private business interests. In 1984, Mr. Logan resumed his law practice, and established his own firm as sole practitioner, sharing office space with a former law partner, Lloyd G. Hendry, Esquire. Mr. Logan has since served as the Chairman of the Florida Bar Ethics Grievance Committee for Lee County in 1987-1988, and received an "A" rating from Martindale Hubbell Law Directory in 1989. In 1992, Mr. Logan was appointed by the Governor to serve on the Judicial Nominating Committee for the Twentieth Judicial Circuit. Mr. Logan was Board certified by The Florida Bar in Business Litigation in 1997, and maintained that certification through July 2012. He chaired the Lee County Bar Association's Long Range Planning Committee from 1995-1996, and served on the 20th Judicial Circuit Peer Review Committee in 2002 -2004. Mr. Logan was one of the founding members of the Calusa Chapter of the American Inns of Court in 1995, and served as its President for the year 2004. Mr. Logan retired from the practice of law in 2009 and has since limited his services to alternative dispute resolution as Mediator and Arbitrator.